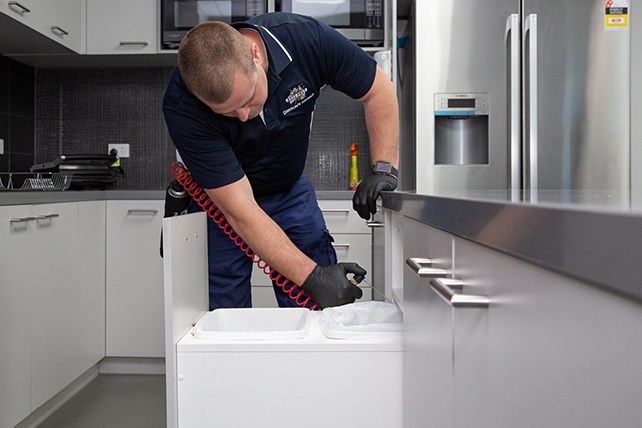 If you have ever had the laundry or kitchen flood, and you have a subfloor, did you ever think to get it inspected? It’s possible that further damage can be caused by mould and fungi long after the immediate and obvious flood damages have been resolved.

Ms Love, from Scoresby, had the misfortune of having her dishwasher breakdown and flood her kitchen while she was away for 2 weeks.

Her insurance company sent out an inspector to check for damage and see if the floor needed repairing or replacing, however they said there was no sign of damage to the flooring.

Ms Love was not satisfied with the inspection carried out by her insurance company, mainly because they didn’t enter the subfloor crawlspace to check the underside of the flooring, so she contacted Dawson’s Australia Pest Control who sent out a Timber Pest Specialist.

As Ms Love soon discovered, it pays to trust your gut feeling. The underside of the floorboards in her home were not only still damp, weeks after the flooding, but they were covered in mould! 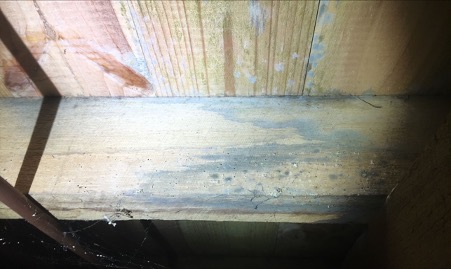 Mould and fungi pose risks to your health

Mould or fungi spores are an irritant to the human respiratory system. Some fungi and mould species pose more serious health risks than others, but in general, the effects of exposure can include lung, skin and eye irritation.

Mould and fungi prefer the same living conditions as borer and termites, so often times where you find one of these pests, you will find the other. Luckily for Ms Love, there was no sign of termites or borers and thankfully the floorboards didn’t need to be replaced.

The Dawson’s Australia Timber Pest Specialist treated the subfloor for fungi and borer and recommended to Ms Love that she change the ventilation covers to allow the wood to dry out.

If you have ever had a flood at your home, it pays to have an inspection carried out, the health of your family could be at risk.

Contact Dawson’s Australia today to book your inspection and peace of mind.

How To Control Spiders In And Around Your Home

A case of kitchen flooding resulting in mould in the subflooring of a Scoresby home If you have ever had the laundry or kitchen flood, and you have a subfloor,… Read more